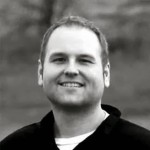 In my role as Art Director at Immotion Studios, a Fort Worth advertising agency, I’ve had the opportunity to do work for organizations in the musical theatre world, both locally and nationally. Dallas Summer Musicals and Performing Arts Fort Worth are two of Immotion’s clients. They host touring Broadway shows and various musical acts at Music Hall at Fair Park and Bass Performance Hall, respectively. The typical work for these clients is designing marketing collateral to advertise their season(s) or coming shows. Every now and then, however, there is a need for logo design. Below is a collection of some of the favorite logos I’ve done for this industry.

A venue logo for Music Hall at Fair Park.

A logo for a Broadway series taking place at McDavid Studio.

A logo for a family-friendly series of shows at Bass Performance Hall.

A logo for Viva Broadway, a national campaign to increase awareness in the hispanic community by The Broadway League.

A logo to represent a sect of benefactors to Bass Performance Hall.